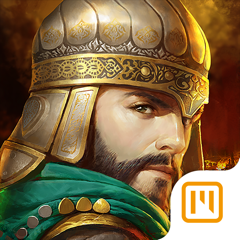 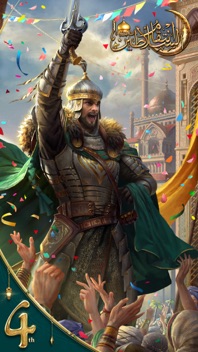 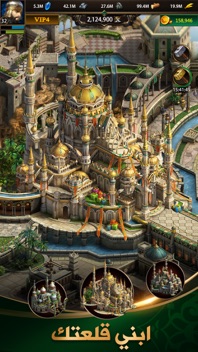 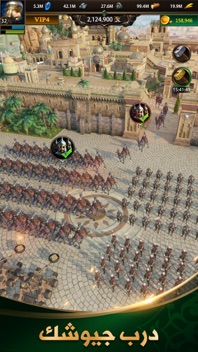 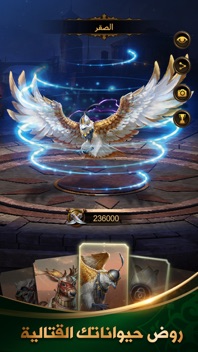 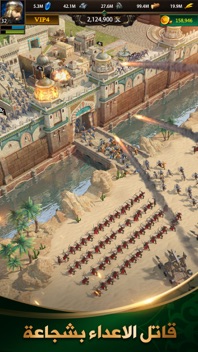 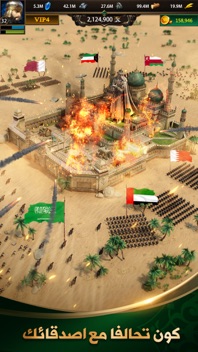 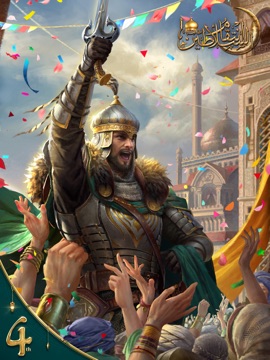 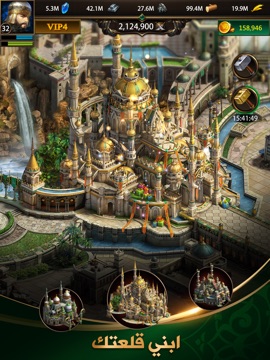 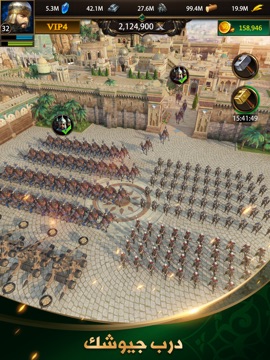 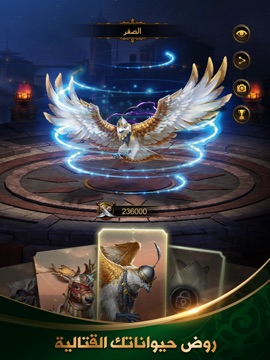 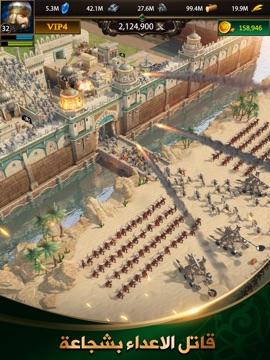 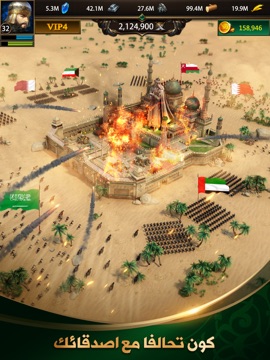 Join the legends and their epic wars! Now you can fight alongside your friends and enemies to show off your kingdom powers among the other kingdoms in the game
Experience the adventure and prepare for challenge in Revenge of Sultans; The first and best epic real-time Arabic strategy war game made especially for Arabs to reclaim the ancient glory of their ancestors. You, my king, are called by the people to take on the great challenge to become the next king in the hope of bringing peace and prosperity back to this land.
:: Feature ::
• First and best Arabic Strategy war game designed especially for Arabs.
• Stunning graphics & awesome soundtracks.
• Play anytime and anywhere.
• Build your castle, upgrade and defend it with turrets, strong walls and Traps.
• Battle with other players worldwide, PVP and crush them and snatch their resources.
• Build your own army of swordsmen, Archers, Camel Riders, catapults and other mighty fighters and tools.
• Join together with other players and friends to form the best alliance and clash and PVP with other alliances.
• Fight and have massive PVP against other alliances in the throne war.
• Live the medieval wars and re-live the history of the kings.
• PVP all the way to victory, to become the best king that ever lived!
Subscription Weekly Pack: Awesome value; 7 days of rewards; just 4.99 USD per week.
Enjoy 7 days of high value in-game privileges, including the following benefits:
Purchase to get an immediate 800 Gold . You'll also receive some awesome buffs.
•After you subscribe, you will receive a Super Week Card Offer for 7 days.
•Apple will monitor and manage all transactions made through iTunes.
•When you confirm your purchase, you will be charged from your iTunes account.
•Subscriptions automatically renew, unless the automatic renewal option is turned off at least 24 hours before the end of the current subscription.
•The account will be charged within 24 hours prior to the end of the current subscription, at which point the renewal fee will be determined.
•Subscriptions can be managed by the users themselves, and you can turn off automatic renewal after you subscribe via your account settings.
•If you're provided with a free trial, then any unused period will be forfeited when the you purchase the full subscription.
•Try it free for 7 days! Once your trial is over subscription fees will be taken each week. Subscriptions can be cancelled at any time.
Terms Of Service& Privacy Policy：http://www.onemt.com/policy.html

Kingdom Expedition Update
1. Battle of the Ruins optimizations: New level, optimized rewards, optimized interface performance, and new report system.
2. Spring Events: A series of new Spring events, with rich rewards waiting for you.
3. Meteoric Rise: A daily activity event that gives up rich rewards. Don't miss out on it!
4. Other optimizations: the login window, the layout on the recharge interface, Community Hub, and a new survey system. 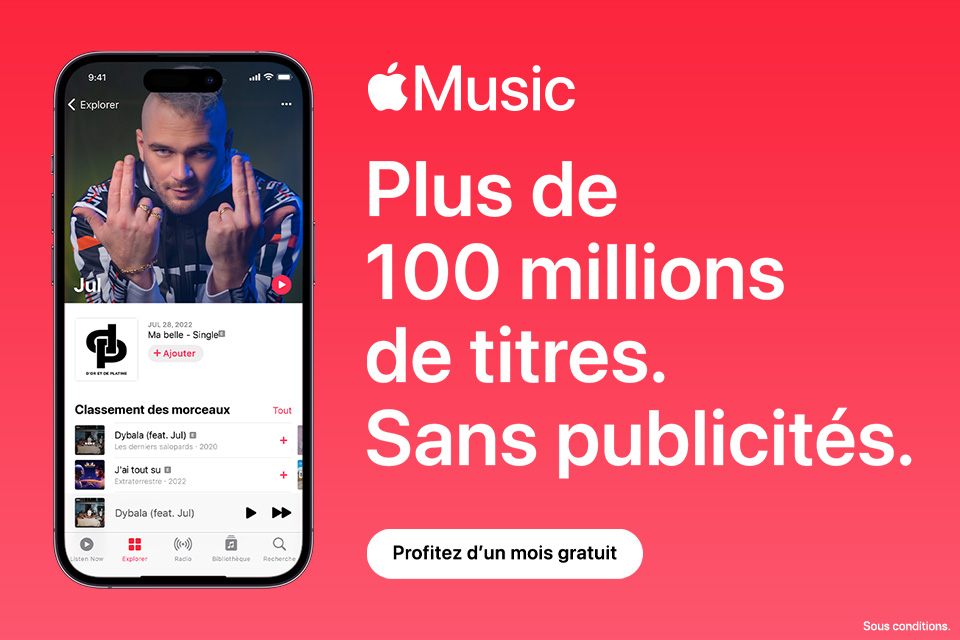