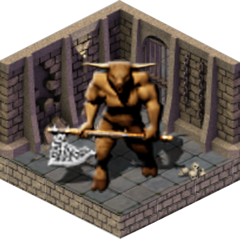 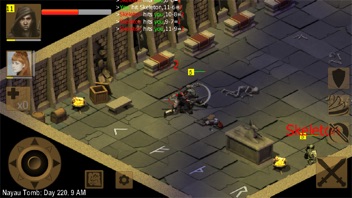 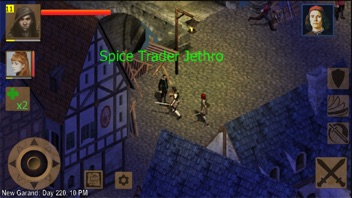 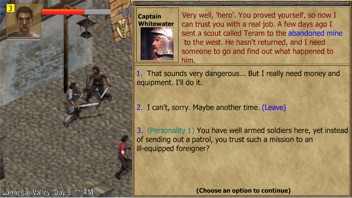 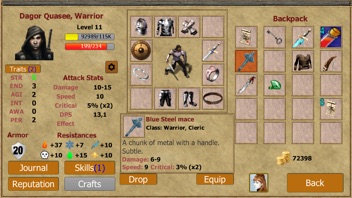 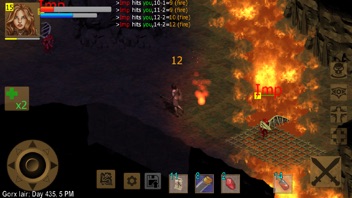 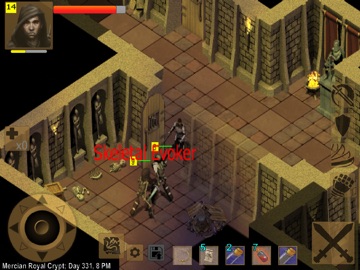 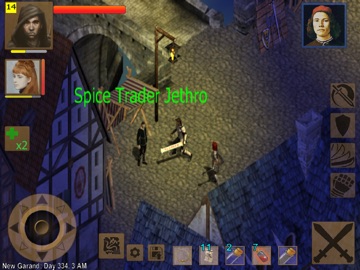 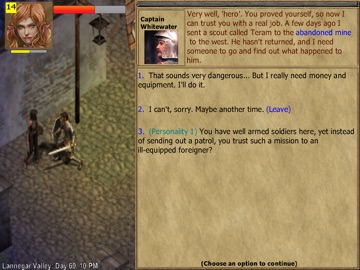 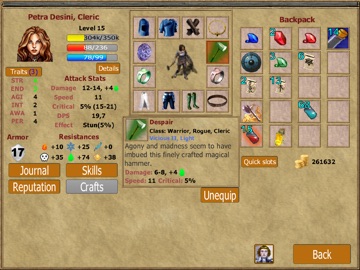 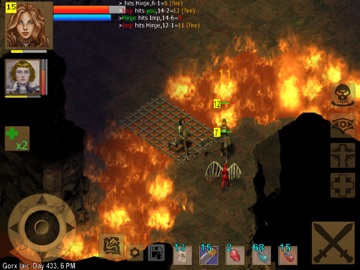 Exiled Kingdoms is a single player Action-RPG that allows you to roam freely through a unique world. It is an isometric game, inspired by some of the best role-playing games from the past decades; it brings back the old spirit of the classics in many ways: a challenging environment, choices with consequences, and a solid game system, with different paths to develop your character.
Explore the world: no one will point you to the best hidden secrets. Talk to hundreds of different characters, each with unique dialogues, and solve dozens of quests. Customize your character with dozens of skills and hundreds of different items. Overcome all kind of monsters and antagonists, choosing carefully the weapons or powers for each encounter. And return to the classical dungeon crawl, with traps and secret doors, and death awaiting the unwary adventurer behind every corner.
Forums and more information: http://www.exiledkingdoms.com
Free version: allows to play as a Warrior or a Rogue. It includes 30 areas, 29 completable quests and many hours of gameplay, with a level cap adequate to the areas available.
Full version: requires a single in-app purchase, which unlocks everything, forever. No other activations are needed. Includes 135 areas, 90 quests (plus 200+ generated quests), hundreds of dialogues, counting over 130,000 words; approximately 120+ hours of gameplay, and more content gets added all the time. Additionally, the full version unlocks the Iron-Man mode (permadeath) and makes the Cleric and Mage classes available.
There are NO further micro-transactions. No pay-to-win, no "energy", no ads. Just a game, like they used to be.
STORY INTRODUCTION: A DARK TALE, AND A BRAVE NEW WORLD
A century ago, the Andorian Empire was destroyed by a magical cataclysm that brought The Horrors into our world; humanity was nearly annihilated. Many thousands managed to escape sailing away to the Imperial Colony of Varannar: a savage island, dangerous and unexplored. Mistrust and blame made impossible to elect a new Emperor, and the four Exiled Kingdoms were proclaimed.
Nowadays, the ragtag kingdoms still struggle to survive in a harsh land, often waging war on each other. Empire and the Horrors are, for many, just old legends and fairytales. You are a novice adventurer, rarely paying attention to such old stories; you're more concerned with your latest misadventures and lack of gold.
But for once, luck seems to be on your side. You received a letter from New Garand, stating that you are the sole beneficiary of a big inheritance. You don’t remember any relatives in the capital of the Kingdom of Varsilia, but certainly that won’t stop you from an opportunity like this! The road to New Garand will reveal many surprises, and will teach you that fairytales and legends can become, in fact, very real.

-Polish localization complete, german and turkish improved. Thanks, translation team!
-Achievements "Why the rush" and "Hardcore" will now be unlocked correctly with certain game ending.
-Beheaded Ones will stop respawning when the Executioner dies. (only if you kill the executioner after this update).
-Call of Blood quest: in rare cases, after the final battle certain cage wouldn't open. Added a second check to open it when approached.
-Hirge's Retribution skill should now work correctly.
-Updated internal libraries for future compatibility and improved stability.