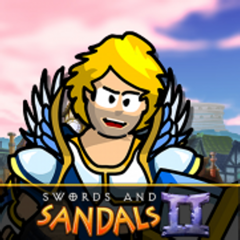 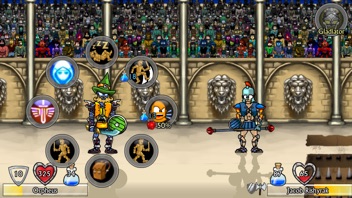 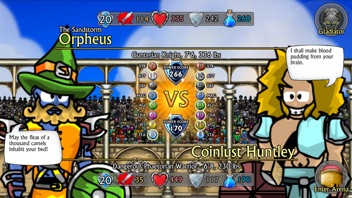 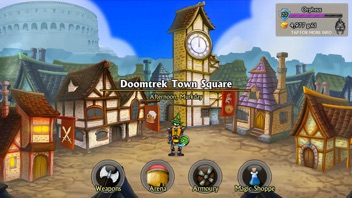 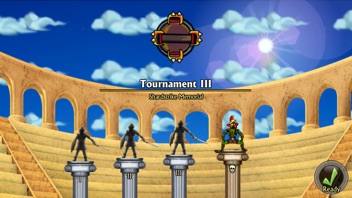 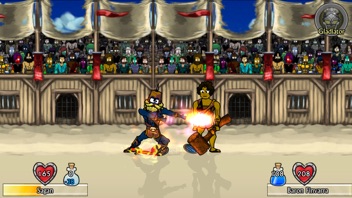 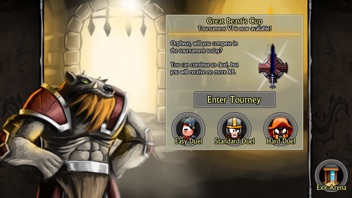 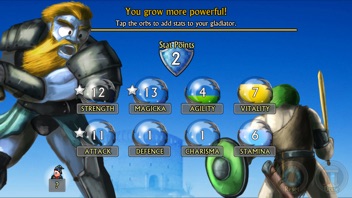 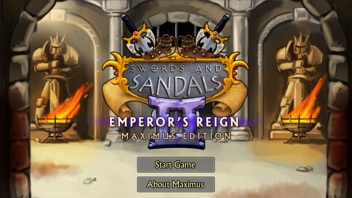 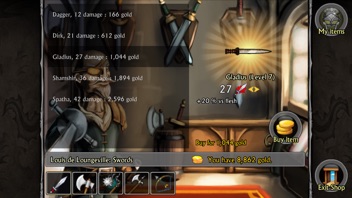 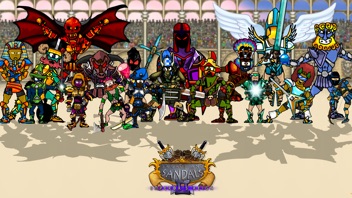 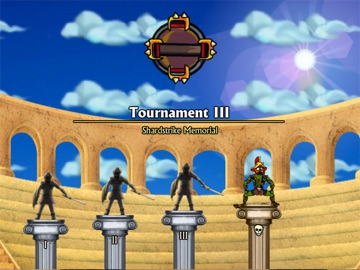 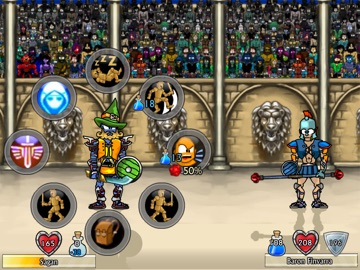 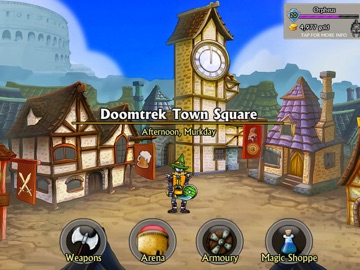 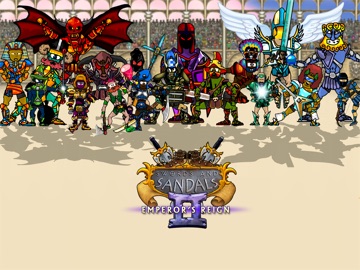 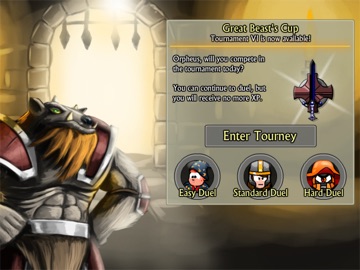 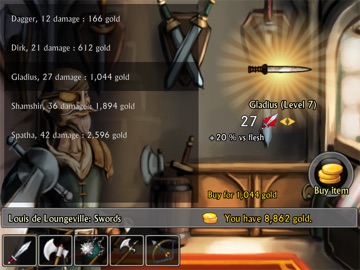 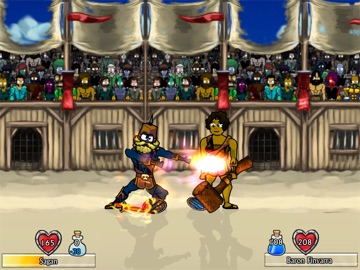 Swords and Sandals Gladiator,
Are you ready to unleash hell in the gladiatorial arena?
The world's favourite gladiator game has returned, bigger and more action packed then ever. Swords and Sandals 2: Emperor's Reign returns, remastered with all new graphics, music and powerful new skills and Arena Champions.
Enter the Arena of Doomtrek and do battle with the best gladiators in the realm. Game features:
* Fast turn based tactical combat with over 30 different battle skills to learn.
* Wizard or Warrior? Create and level up your gladiator, learning devastating attacks in the process.
* Wield powerful over 200 different weapons and armour pieces on your journey to greatness.
* 20 Arena Champions both classic and new to fight against, including the formidable Pharaoh King, the
classic favourite John the Butcher and the exciting pro wrestler Ultra Flavius!
* 6 Arenas to do battle in from the underground Battle Pits to the heights of the Emperor's Palace.
*** NOTE ***
This is a FREE game with a one-time In App Purchase to remove advertisements and unlock higher level tournaments.

* All battle skill essence costs have been HALVED
* Increased the base hit chance of all arcane offensive skills by 15%
* Reduced the difficulty of enemies on hard/ironman and sprint modes
* Halved the distance gladiators can be knocked back / pushed in a single hit
* Halved the rate at which strength affects knockback power
* TAUNT attack and defend hit chances now properly scales with Charisma instead of Magicka stat
* Increased the chances of successful TAUNTS doing physical damage (instead of enraging/stunning etc)
* Increased the damage of successful TAUNT attacks to 8-16 HP per Charisma point put into taunts
* Reduced hit chance of any one single attack to 90% (down from 99%) unless stunned/resting etc
* Resistance values now max out at 80% (down from 99%) unless a gladiator has 100% resistance ( which means they are IMMUNE)
* Enemy gladiators can now no longer be of equal to / higher level than the reigning Arena Champion's level
* Increased the chance of gladiators falling into spiked pit to 10% per turn spent
* Ghost Tournament Champions now have unlimited Essence as an added challenge
* Damage to enemies now is cumulative. If an enemy has 25 armour and you do 100 damage, not only does the armour go down to 0, you also take an extra 75 points of damage.
* Added a shake screen if you one-shot your enemy.
* Gold rewards for rolling a 20 when resurrecting have been reduced to 50 gold + 25 gold per level
* Made damage splat image popups smaller
* Removed knockback effect from Molten Death spell
* Reduced damage of enemies in all difficulties except normal
* Reduced max health of enemies in all difficulties except normal
* Magic Missile cooldown improves with each point spent on skill
* Removed error logging for most users as it throws up too many 'false flag' errors that do not affect the game but still show up in error reports
* Removed elemental resistances. These were stats introduced in S&S V that ended up affecting gladiators in S&S 2 ( because they use the same engine/codebase ), so gladiators would be immune to some of your spells and you had no way to combat it. (You only have 'magic' resistance in S&S 2.
* Changed how magic resistance works. Spells that fail to hit now show a "MISS" icon (instead of RESIST). Successful spells damage is *reduced* by whatever your magic resistance is. (A fireball spell that hits for 200 damage against a character with 50% magic resist will only do 100 damage, for example)
* Fixed a bug where Falcon Eyes skill used melee damage instead of ranged damage values
* Increased damage power of Winters Core per point spent on skill
* Fixed a bug where the game forced you to start up in Fullscreen mode even after you had chosen Windowed mode.
* Fixed a bug where gladiators did not play their special 'spiked' death animation when falling onto spikes
* Potential fix for enemies sometimes receiving 2 turns in a row
* Fixed a bug where enemies appeared to half leap/half fumble (then get cut off) randomly during the battle
* Fixed a bug where choosing the helmet of a defeated Ghost Champion would give you the next champion's helmet
* Fixed a bug where Arena Champion Gaiax appeared to have two eyes instead of one
* Fixed a bug where duels were reported as being deathmatches and yield animations were not playing
* Fixed a bug where arenas sometimes scrolled past where they should and sky was visible behind
* Fixed some jittery camera bugs while in the arena
* Fixed a bug where the first fight after a loss to a Ghost Champion would be against a ghost regular gladiator
* You can now choose Redux backgrounds or classic backgrounds *seperately* from redux / classic shopkeepers to customize just how you want your game to look. Just toggle these from the * Settings screen ( you may need to set this manually the first time you load the game again.)
* Fixed a bug where the game would tell you it was nighttime but the town background showed daylight